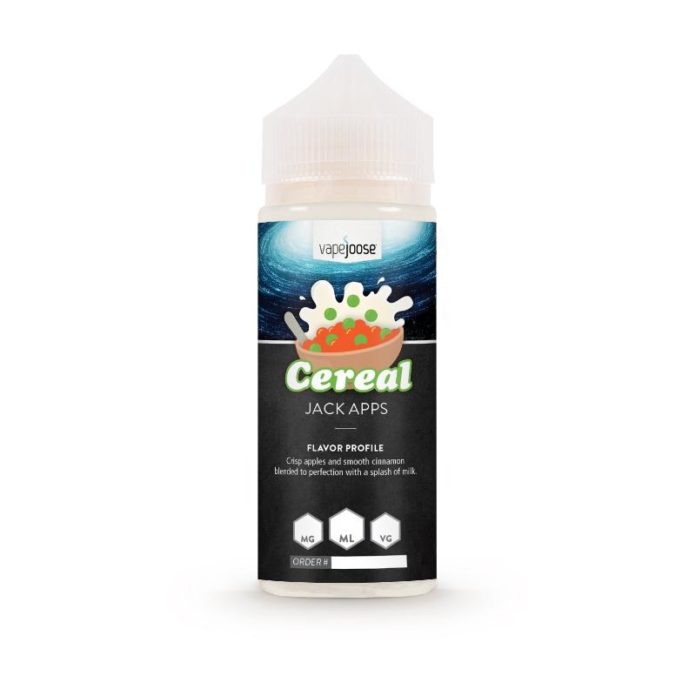 Jackapps is similar to another e-liquid in VapeJoose’s collection, CTC. The main different between Jackapps and CTC is that the former contains apple flavor as well as cinnamon-flavored cereals. This e-juice also contains a splash of milk which gives it a well-rounded 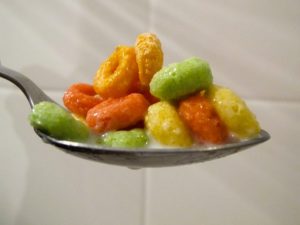 taste. Jackapps is sweet but has a slightly sour taste. The cinnamon flavor in this e-liquid is not very strong. You will not get any spicy, peppery taste when vaping Jackapps. The taste of this e-juice has been compared to that of Apple Jacks cereal. This is most definitely an all day vape. If you love Apple Jacks, then you will enjoy vaping this one.

You can buy Jackapps and other VapeJoose e-liquids from the company’s online store, https://vapejoose.com/. The e-juice comes in 30ml, 60ml, and 120ml bottles which cost $6.99, $9.99, and $18.99 respectively. You can buy e-liquids in bulk or small quantities from this shop.

The way that the apple and cinnamon flavors are combined in Jackapps by VapeJoose is simply delectable. The cereal flavor is also spot-on. Vaping this e-juice tastes just like you are eating a bowl of milk and Apple Jacks. This e-liquid is super sweet. It also has sour undertones. When vaping Jackapps, you will get the taste of apples and cereal on the inhale. The cinnamon and milk flavor comes through on the exhale. The milk flavor in this e-juice is very weak. This is the only complaint that some vapers have had about it. But you can remedy that by mixing it with a milky vape.

Jackapps by VapeJoose does always come pre-steeped. So if you buy a bottle of this e-liquid and the flavor is muted or doesn’t taste right, you can steep it for one or two weeks. Steeping will ensure that the flavorings and other ingredients used to make the e-juice mix well so that you will get the full flavor when you vape it. You will notice that the e-liquid will get a nice yellowish-brown tinge as it steeps. Steeping works best for vape liquids that contain nicotine. If you do not want to go through the hassle of steeping this e-liquid by yourself, you can simply order it from VapeJoose’s line of pre-steeped vape juices.

You can select your preferred vegetable glycerin (VG) and propylene glycol (PG) ratio for any VapeJoose e-liquid that you buy from the company’s store. It is available with a VG/PG ratio of either 50/50, 70/30 or MAX VG (possibly 80vg or 90vg). VapeJoose recommends selecting a VG/PG ratio based on the type of vaping device that you plan to use. The version of this e-liquid with a 50vg/50pg ratio is best vaped using a starter kit while the MAX VG blend is perfect for vaping with a rebuildable dripping atomizer (RDA). The version of this e-juice with a 70vg/30pg ratio is suitable for vaping with either a sub ohm tank or an RDA. Jackapps will not gunk up your coils even after you vape it for a long time. The vapor production of this e-liquid is pretty awesome. The size of the clouds that you will get from vaping this VapeJoose e-liquid depends on the VG/PG ratio that you select. You will get bigger clouds of vapor from the 70vg and MAX VG version of Jackapps than the 50vg one. 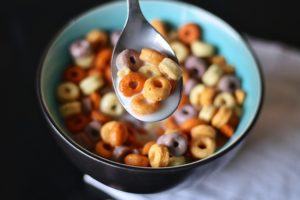 enjoy it. You can get this e-juice with either 0mg, 3mg, 6mg, 12mg or 24mg of nicotine. The kind of throat hit that you will get from this e-liquid depends on the nicotine level that you select. Unless you are a heavy smoker, you are unlikely to have to go for up to 12mg or 24mg of nicotine to get a good throat hit. You will not get any harsh sensation in your throat when vaping Jackapps because it is made with nicotine salts.

Jackapps comes with the usual packaging design that is used for all VapeJoose e-liquids. It is packed in a clear bottle which has a beautiful label. You can easily fill a tank or pour e-liquid on your coils directly from the bottle.

VapeJoose is one of the fastest growing vaping brands in the US. This Michigan-based company burst onto the scene a couple of years ago and has managed to carve a niche in the market with its collection of affordable, gourmet-quality vape liquids. 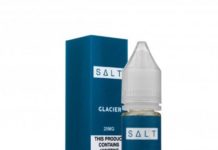 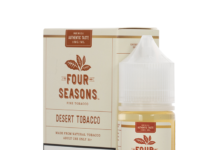