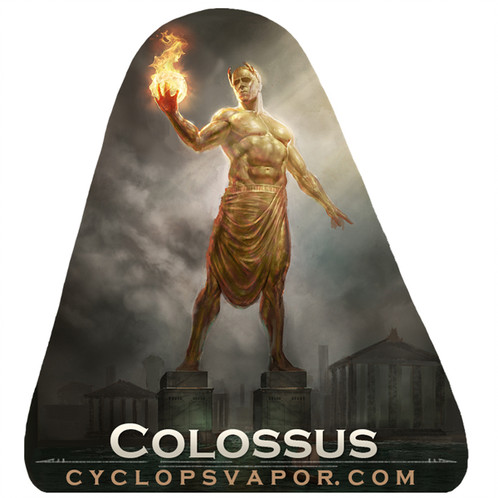 Custards are hot right now, that’s an undeniable fact. Any vendor with the skill to mix a custard based vape juice is introducing or has already presented their variation on the theme, usually the standard Vanilla. While I have written a handful of reviews for vanilla custards, they are each a bit different from one another, with Neckbeard adding a note of spice to his, creating something familiar, with a little twist. Having just come off another custard based juice review, I was interested in having the opportunity to compare this Custard Spice to a more standard (but tasty) vanilla custard.

Following the new trend in the e-liquid marketplace of small, one-man operations that sell a unique, exceedingly favorite flavor of juice, Cyclops Vapor’s Vanilla Custard is practically the epitome of the old saying “Do one thing and do it well.” It’s a flavor that’s hard to come by and often seen being sold privately in FB groups and the classified sections of the general vaping forums for far more than face value due to its short supply. My bottle came straight from the source, the only way I’ll review juice.

Not surprisingly, they bear a striking resemblance to each other, there are, after all, only a handful of different custard flavor concentrates available, but the difference from one to the next can be vast.

There have been quite a few entries into the Vanilla Custard class over the year or so, and it seems like everyone it is talking about them so I thought I would give this one a spin. Well, suffice it to say, I loved Colossus. So far this is my favorite vanilla custard that I’ve tried to date.

A 65%VG/35%PG -percent propylene glycol-based e-liquid, Colossus produces a fair amount of vapor; indeed, nearly as much as you can get with the PG/vegetable glycerin mixes that have become popular recently.

To start with, Colossus is one of the more potent custards I’ve tasted. It’s laden with the lush, rich, smooth flavor that custard lovers are looking for, with a pure, thick, silky, creamy unadulterated vanilla on the front end that tastes vaguely like caramel. Also, I also taste a light bakery note, like a sugar cookie, along with a light hint of spice on the back. With the name of this juice, I was expecting quite a bit more of the spice than I’m actually getting from the profile, in fact, it took me quite a while to taste any real spice at all under the creamy vanilla. Even now, I’m not entirely certain of the spice that I’m tasting.

If pressed, I would guess its either nutmeg or perhaps mace, but it could just as easily be allspice or something along those lines. Either way, it’s very mild, and while it’s a nice addition to the profile, with a dark earthy tone and a nice bright top note, adding further depth and complexity to the finish, it’s not something that I would call particularly pronounced.

If you happen to be one of those vapers in search of “The Best Custard” (which is still only going to be your favorite of the bunch, they all have their strengths after all), don’t let the spice in the title detract you from trying this one.

On inhale I am picking up on a smooth, creamy vanilla taste. The vanilla is clean and doesn’t go too far like many other where it seems to coat your mouth in that custard taste. This one stays light, and clean throughout the vape. The second flavor that I am getting out of this one is the custard taste. To me, a lot of vendors go a little crazy and give the custard a chemical taste.

Be prepared for some significant throat hit with this e-liquid. Having tried several 18 mg e-liquids in the past, I have always assumed that 24 mg would be more than I’d ever need; my recent tests with Vanilla Custard by Cyclops Vapor USAs e-liquids have proven me right. However, for anyone who seeks out the most intense electronic cigarette experiences available and is always looking for something that provides more throat his than the rest, this is a company you should consider looking at.Again, no mistake here from Cyclops. This one comes with a light, medium throat hit, and average vapor production.

On the inhale, I can’t taste any particular flavor notes in Colossus Vanilla Custard e-juice, instead, what I taste are general flavor categories; a little sweetness, some flavor reminiscents of tobacco, the high nicotine could be contributing to this perception and some smoky notes. On the exhale, I can taste a bit of the vanilla flavor, but it doesn’t resemble any natural or artificial vanilla flavor I’m familiar with.

This is the vanilla custard I am sending people to right now. 9/10 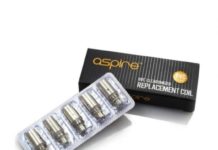 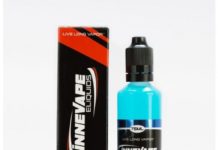